Of the EP and Netta’s Office series, the global superstar said “During this year I wanted a direct connection to my fans and I felt like I had a lot to give. I wanted them to be my source of inspiration for this project. This is how Netta’s Office was born. Each episode is an opportunity to experiment and have fun improvising. It’s an open canvas which is not beholden to music industry “rules”, and I can be my truest self when I make them. It’s my own strange musical version of a podcast.” 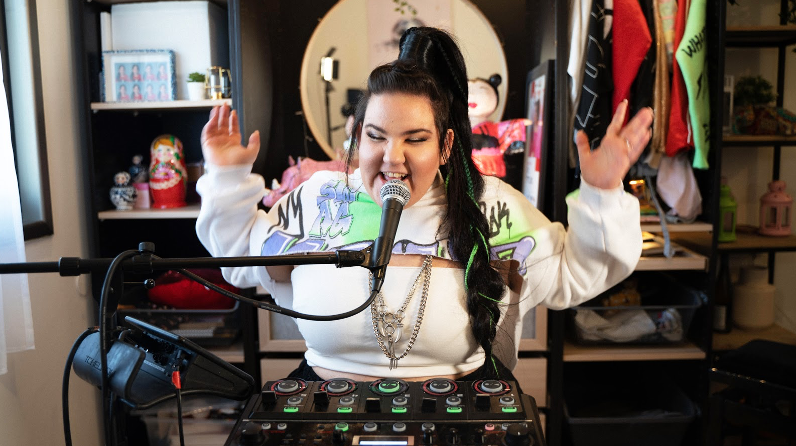 Netta has become one of the trailblazing quirkpop innovators in modern music, turning the genre into a colorful funhouse of fizzy experimentation. Her song “Toy” won her the Eurovision Song Contest in 2018 and has over 147 million views on YouTube alone. It also became a runaway TikTok smash this past summer. Also over the past year, Netta dropped her ‘Goody Bag’ EP, was a guest on Switched On Pop discussing her personal journey as an artist and what it takes to make the perfect Eurovision song, performed for Billboard, and was spotlighted by Consequence of Sound who said she has “dominated stages around the world and seen her music spread like wildfire”, BUST who called her the “soulful singer creating escapist videos you didn’t know you needed” and Hey Alma who praised her as a “role model”.

Would you like to receive our Newsletter?
Just fill in your email, and press enter..